When can you trust your struggling studs? Twelve starts into the season, Fantasy owners still have no idea what to make of Mike Minor. After he was sidelined with an injury to open the year, Minor just hasn’t been able to recapture his old form.

But there’s a chance that changes this week. Minor’s major issue has been home runs this season, and he’s about to run into two weak offensive opponents. While one week won’t solve Minor’s issues, it should give Fantasy owners the boost they’ve been looking for all year.

There’s a strong argument to be made that Minor’s struggles are mostly due to poor luck. A .351 BABIP and a ridiculous home run rate have been the biggest culprits behind his struggles. While the BABIP should regress, the home run are more problematic. Minor has had issues in the past with the long ball, and it would be a major step backwards if those issues returned. Thankfully, he plays two awful offensive clubs Week 15. This is a good week for him to get things straightened out.

Players I would start him over: Jered Weaver, Phil Hughes, (one start) Tim Hudson

Leake has quietly developed into a better-than-average starter this season. His strikeout rate has taken a small jump forward, and he’s been extremely stingy with walks. Over his career, Leake has generally been an unspectacular Fantasy starter. He’s been capable of posting solid numbers, but nothing eye-popping. While there’s no sign of a major breakout here, any step forward is a start. It certainly helps that he’s playing two poor offensive clubs.

Players I would start him over: Tyson Ross, Ian Kennedy, (one start) Tanner Roark

While the average remains an issue, Teixeira has been fairly effective over the past two months, particularly in the power department. A knee issue slowed him down Week 14, but he returned to action after missing a couple games. As long as that isn’t an issue long-term, Teixeira should go back to taking advantage of the short-porch in Yankees Stadium. He hasn’t been an elite option in a long time, but he’s still useful.

Players I would start him over: Lucas Duda, James Loney, Michael Morse 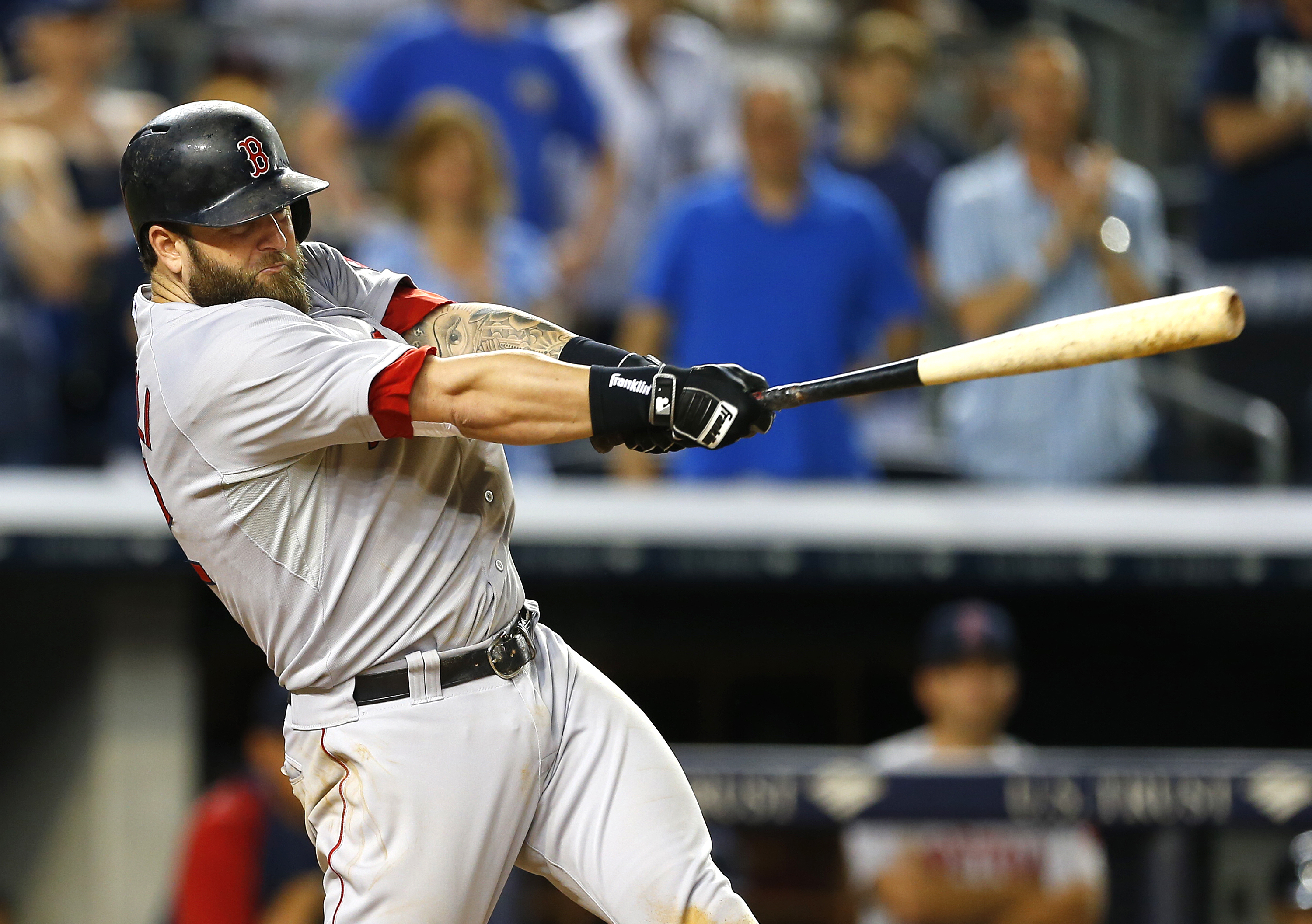 Week 15 schedule: Home against the White Sox, at Astros

Napoli’s start rate is an indication of how many options there are at first base in Fantasy leagues. By some advanced measures, Napoli is having his best offensive year since his crazy 2011. He’s even shown some improvement, cutting his strikeout rate. It’s still high, but it’s not above 30 percent any longer. Napoli not only gets to play at Fenway Week 15, but then heads to the offense-friendly Minute Maid Park in Houston.

Players I would start him over: Adam Lind, Allen Craig, Ryan Howard

Week 15 schedule: Home against the Orioles, at Phillies

It’s tough to rely on Ramos to stay healthy over a full season, but he’s always been effective when he plays. The power hasn’t been there this season, but that’s likely due to poor luck and not a change in skills. Unfortunately, injuries have pushed Ramos back near the bottom of the Nationals lineup. All the pieces are healthy in Washington finally, and there’s some hope he can still get RBI opportunities if he hits sixth or seventh in the order.

Players I would start him over: Kurt Suzuki, Yan Gomes, Jason Castro Ross’ season has been a bit of a head-scratcher. He’s had three games where he’s walked at least five batters, but his walk rate is identical to last season. Fantasy owners tend to remember the bad starts, and it might lead some to overlook the fact that Ross has been the same pitcher he was last season. Despite that, he’s not a great start this week. Playing both the Rockies and Dodgers at their home parks would be a recipe for disaster for even the most talented pitchers.

Players I would start instead: Mike Leake, Wily Peralta, (one start) Nathan Eovaldi

Week 15 schedule: Home against the Blue Jays, at Rangers

The start against the Blue Jays is the real problem here. Toronto has been one of the better offensive clubs in the league this season, and would be a bad matchup for nearly any pitcher. The Rangers haven’t hit well, but that ballpark is always a concern with fly ball pitchers like Weaver. On the other hand, Weaver has been getting by with reduced stuff for years, and could gut out two solid performances here. Starting him is still a risk.

Players I would start instead: Mike Minor, Jesse Chavez, (one start) Matt Garza

We’ve reached a point where Donaldson’s struggles may be enough to knock him out of Fantasy starting lineups. His June struggles have been well documented. He missed a few games Week 14 due to a back injury, which could be the source of his struggles. It’s unclear if the injury will require a stint on the disabled list, but Donaldson’s play will need to be monitored carefully over the next few days. If it’s clear he’s in pain, he could be out of the A’s lineup sooner than you think. Escobar is a useful Fantasy asset, but he’s not all that exciting. He’ll steal bases, and is capable of hitting for high averages. It’s the matchups that make Escobar a weak start Week 15. Both the Trop and Kauffman Stadium suppress offense. While Escobar owners will be hard-pressed to find big time upgrades on the waiver wire, it could be a low upside week for Escobar. It’s at least a chance to plug in a shortstop who plays in some better parks.

There’s actually very little in Lackey’s stats to suggest his resurgence is a fluke. His peripherals have remained consistent after last season, and he’s even managed to cut down on the long ball. The issue here is that the White Sox offense has performed well this season. With Jose Abreu back, and Adam Eaton hitting, the team has some surprising playmakers at the top of the order. Given that Lackey has just one start, there are higher upside options out there Week 15.

You May Also Be Interested In These Stories: [display-posts category=”sports” wrapper=”ul” posts_per_page=”4″]